So the Canadian Olympic Swim Trials are on TV!  They started last night and we watched them… very exciting!  It was pretty cool to see kids that my kids knew or have swum against in there battling for a spot on the London Team!

Our team, the Oakville Aquatic Club, sent 28 swimmers!  Making it one of the largest teams in the country at OT’s!  (4th largest team… out of 165 teams at OT’s!) To put it in perspective, last OT’s we sent 6 swimmers and 4 before that!  Now you have to realize that just to make OT’s is very, very tough… most kids don’t make it… and yet the field there is still really deep, around 80 kids per event, so to get a second swim at the biggest swim meet in Canada every 4 years is REALLY impressive.  OAK swimmers, Mika Spencer made the B Final in 400 Free and Evan White swam in a swim-off (and won handily!).  Both did best times by a mile!

To make it this far is incredible… but to make the actual team is incredibly hard.  You have to make it to OT’s… then make the A Finals… then finish second and make the IOC’s ‘A cut’, or finish first overall!  And yet we have two or three kids from OAK who have a good chance to make it!  We also have a handful that if they had one of those magical swims and things fell into place are within striking distance.  The rest of these amazing kids are there just to be counted among the fastest in the sport… and to move up the ranks in 4 years from now!  Remember these kids are as young as 14 years old! 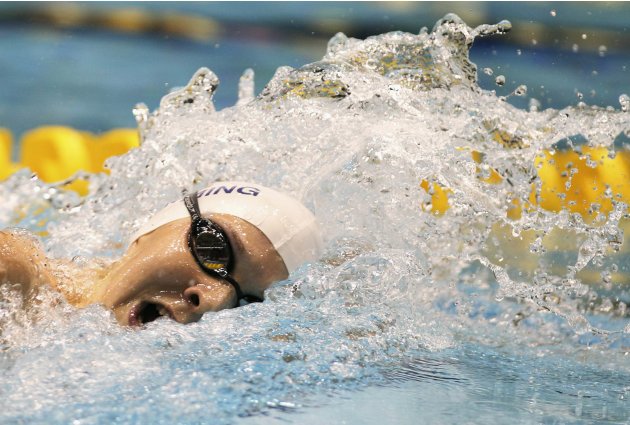 It’s funny, OAK’s big rival in Ontario is Etobicoke, we are always battling with them at the big meets… but that’s just as a team… truth be told a lot of our kids and their kids are good friends… so it was pretty cool last night to be sitting with my daughter, Maisey, who has raced against, and knows, Brittany MacLean and watch her set a new Canadian record and win a spot on the team!  We were screaming and jumping for her when she won!  And she swims for Etobicoke… still seems like a local girl done good!  (she’s a nice kid too!)… wait until we get some OAK swimmers in there!  I don’t know if our house can take it!  https://www.swimming.ca/NewsArticle.aspx?newsid=3057

Anyway, have a watch on Sportsnet (channel 151, with Cogeco) tonight from 7:00 – 8:00… it’s on until Sunday, although I think a few nights are bumped, but it’s also streamed live on-line.

PS.  I have to say I have a bit of a soft spot for OT’s (in case you didn’t guess that!), especially in Montreal… especially Lane 1… that’s where I swam 100 Breast against the World Record Holder, Victor Davis, for a spot to go to the Seoul Olympics… 24 years ago… he made it… I didn’t… but it was the highlight of my competitive swimming career!