… you had to be there…… for the last 10 years, that is… it’s hard to explain but… all 3 of my kids swim competitively… as did my wife and I growing up… yes, the Michael Phelps thing… yes, the ‘trying to make the Olympics’ thing… but to say ‘it’s very hard to do’ is a monumental understatement… swimming is one of the most popular sports in the world… I know that’s hard to believe in a country that thinks hockey is one of the most universal sports in the world (it’s not, btw)… gone are the old days when the US and the USSR dominated at swimming, the table is much more level now and virtually every country is good… every European country, Cda, US, Mexico, Costa Rica, Brazil, Argentina, Australia, Korea, Indonesia, China, Japan and several middle eastern countries all have some great swimmers… and to make the Cdn Olympic team you must be within 2% of the world record and top 1 or 2 in Cda… think of it this way, how hard would it be to make the NHL if they only took 30 players in the draft… every 4 years… but that’s at the macro level… there is no NHL in swimming… all the kids that make the Olympics toil in obscurity at little, dinky local clubs for the most part, some at university… our club, for example, the Oakville Aquatic Club, was ranked 67 in the country when we joined it 10 years ago (of about 400 clubs in Cda)… it is now ranked 4th… we had about 125 kids then… we now have about 700… the kids at the top of the club are training about 25 hours a week, while going to high school, hoping to get marks high enough to get a US scholarship at the same time… and when these kids (boys and girls) train together and suffer together and travel together… year after year… with the very same kids, every year… for 11 months a year… well it really becomes a tight group… much more than most sports… it makes a real family… well, Cdn Olympic trials are on right now… and one of the OAK family became the first OAK swimmer to ever make the Cdn Olympic Team… and there was pandemonium in the Kent household last night (and every OAK household)… congrats to Tera Van Beilen…

Also… a very honorable mention goes to former OAK swimmer (now with UofT) Zach Chetrat… who missed making the team by 2/100’s of a second in 200 Butterfly!!! 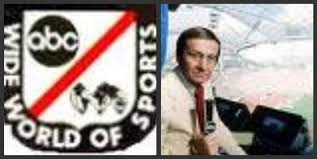 It is a tough sport.  Like they used to say on the ABC Wide World of Sports… “The Thrill of Victory… and the Agony of Defeat!”